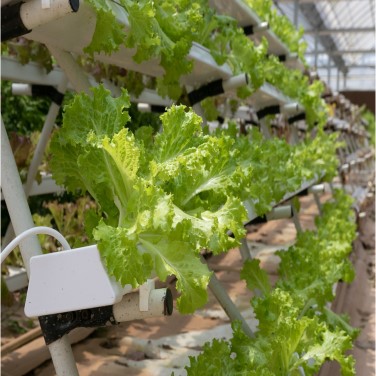 Despite being country with an abundance of agricultural land and the perfect weather for crop harvestation as well as being one of the largest exporters of crops such as wheat, cotton and rice, there are many advantages to utilizing vertical farming methods in Pakistan. First of it helps grow crops all year round and utilizes only a fraction of the total land used in conventional agricultural methods. It can be a very water efficient method by making use of hydroponics [1] or aeroponics [2] which makes it 40% to 70% more water efficient than conventional methods of agriculture. 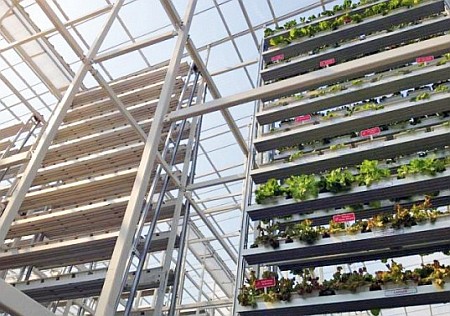 Furthermore, this method helps eliminate any weather related problems, such as heavy winds, rainfall or floods, because the crops will be grown under a closed and controlled environment. Other than that crops can be protected from parasitic insects as well as animals such as rats and birds that damage crops grown in fields. This method may be energy efficient as well, since crops can be grown in buildings within the city districts which helps in reducing the cost of transportation and preservation from distant farmlands. Efficient design that maximizes the use of sunlight coupled with the use of energy efficient LED grow lights & water pump motors can help bring down the electricity use for indoor farms.This method may also help to tackle the problems faced by farmers (kisan) during harvesting season, problems such as exposure to poisonous chemicals, diseases from insect bites or accidents in operating heavy machinery. Lastly, the most important point being that is environmentally friendly; it doesn’t just help modernize agriculture, but also helps in reducing CO2 levels in the atmosphere. If a certain portion of a structure within city central district is specifically dedicated to this cause, it may help in achieving the green building objectives of cities; also help in circulating oxygen flow throughout the building keeping the occupants of the building in a healthy state.(Source: CropsReview)Vertical Farming on a large scale commercial basis was first introduced in Singapore by the company ‘Sky Greens’. Now agricultural entrepreneurs in many countries like China, the Netherlands, UAE, Hong Kong and many different cities in America are slowly adopting this method.Is vertical farming being implemented in Pakistan? Yes, in Mingora Swat, where farmers are experimenting on modern farming techniques to improve fruit and vegetable growth. The government has taken initiatives for it too; in 2014 the Pakistan Poverty Alleviation Trust funded the ‘green project’ which trains farmers on modern farming methods and helps in improving overall production.(Source: Dawn) 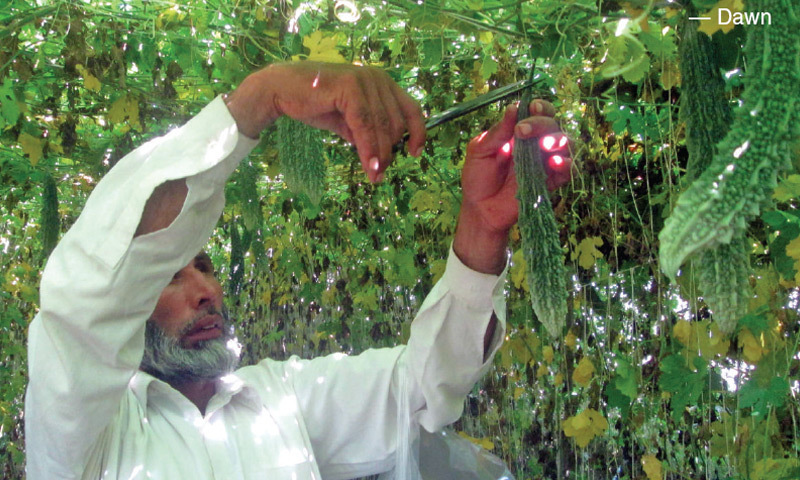 [1] Hydroponics: It is a method of growing plants without soil, with their roots hanging directly down into nutrient based water.

[2] Aeroponics: A method of growing plants with their roots suspended in air that are constantly misted with water and nutrient solutions