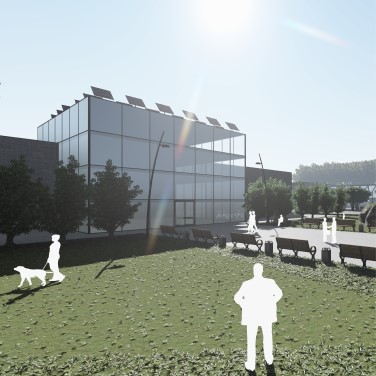 The liberty in design that comes with industrial architecture takes a very coherent and cohesive shape. As the dynamics of the manufacturing industry sets its demands in front of the design and planning organization, the challenge becomes more complex. For more than a century the ‘form ever follows function’ principle has been leading the minds of architects. It validates function and gives form its purpose. Such is the approach that Landscape PLC has followed for this Denim Production Facility in Lahore. We ensured that the core tradition and values of the manufacturers remain intact and are conveyed through the structures efficiently.

The ultimate theme that the structural masses of the facility follow translates directly into the process flow of the step by step denim garments’ production. Each block is independent and separate on its own yet logically and systematically connected, giving rise to a ‘functional space hierarchy’. The achieved hierarchy has been meticulously written in the language of aesthetics. 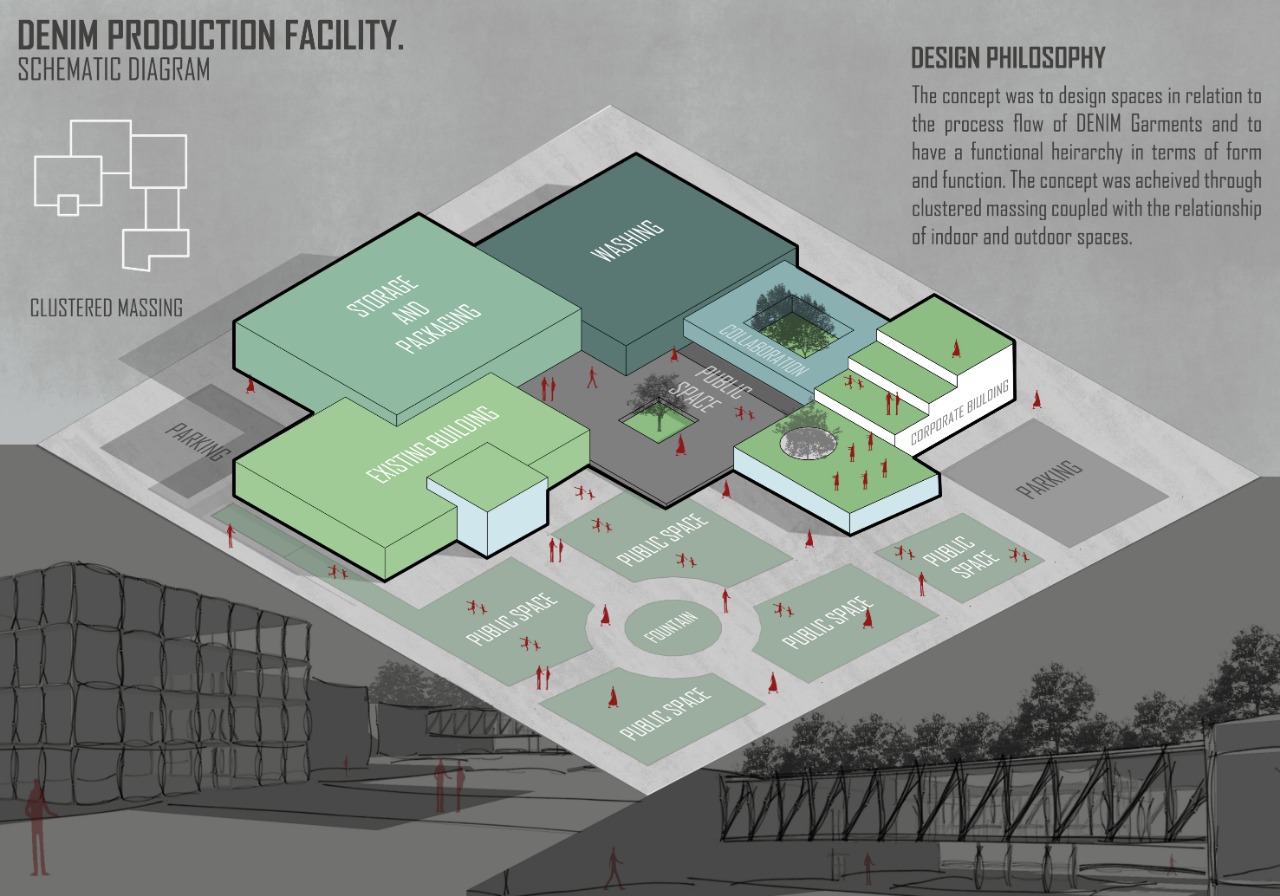 As illustrated above, the plan consists of 4 units, an interactive bridge, and an open public space obtained through the clustered massing of different areas. The existing block has been converted into the main entrance of the facility, featured by a protruding glass box; it makes up the main reception area and waiting lounge. The 4 storey corporate sector entails offices, staff accommodation, meeting rooms, conference rooms, a gym, swimming pool, and cafeteria. Besides these, the industrial blocks include the washing and storage and packaging wings.

For any plan to be well-devised and executed a healthy and efficient collaborative system is necessary; it acts as a catalyst in the process and makes the interaction between both the living and non-living fruitful. To encourage seamless movement between the washing arena and corporate headquarter, there sits a glass-enclosed bridge between the two like a Tetris block. The sculpture further extends itself into a massive open-air public space that fosters wellness and communication. The large green spaces in all their glory wrap the entire conglomerate with their refreshing aura.

The project in its conceptual stage is open to evolution and growth. It is planned to nurture energy efficiency and to promote methods of sustainability.