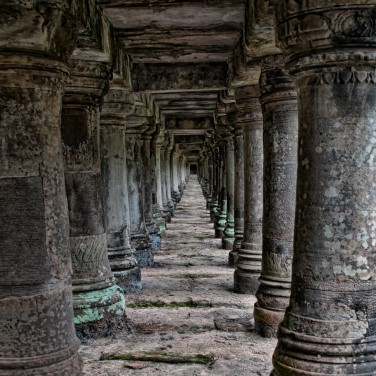 Plans in the field of architecture are coherent combinations of ideas that the architect wishes to communicate through the resulting structure. These plans showcase intentions that then become the driving purpose. Without proper planning, the building or space would simply be a cluster of materials.

Plans are mere delusion for the human eye, if the executed structure does not convey the aims of the planner. The famous Architect Le Corbusier explains this illusion of plans by giving an account of the following rules and principles.

The interactive system of a building is similar to that of a bubble, whose balance of exterior relies mainly on the equilibrium maintained in the interior. It is due to an efficient blend of light, shade and volume that the rhythm of scale eminently stands out to convey the intentions of the architect emotionally; consequently giving rise to an exterior that is noteworthy. Implying that a ‘plan proceeds from within to without’.

The foundation of architecture lies in the interior. Verticals walls, windows and doors are all ‘architectural elements of the interior’ that create volume in space. Light and its varying intensity, illuminating different elements at different levels encourage a sensory feeling. The amount of light determines the mood that would take-over the spectator, defining the aim of architecture.

Axes form the basis of Architecture, as it is the grading of axes that leads to the classification of aims and intentions. Architectural adroitness comes with assigning destinations to the axes. These ends or destinations serve as focal points of the space that engulf the spectator into a ‘sensorial sensation’. The standard plans that abide by the set principles of planning overlook this display of intention, resulting in star-shaped axes crossing one another. This crossing over leaves the aim undefined. A plan must not necessarily have a true line that highlights the axis. It may have distortions directed to more ‘humbler things’ that are well differentiated from each other. Objects placed at the center of the room obstruct the viewer from getting an axial view.

The human eye accompanied by an intrigued mind is always attracted towards the surroundings that are not a part of the space or building. This suggests that ‘the exterior is always an interior’. Therefore, designing in accordance with the surroundings is where ingenuity lies.

These rules of efficient planning transgress when the viewer is not able to perceive the architect’s aims depicted in the plan through the physical structure concluded; thus, giving rise to an ‘Illusion’. Illusion of fine architectural plans.