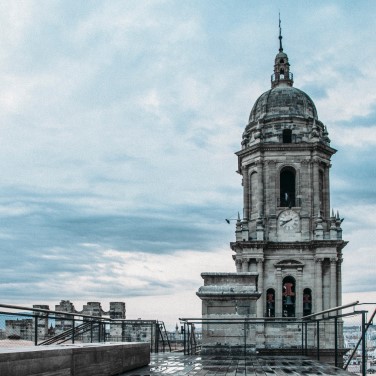 The value of certain design styles is measured by a series of factors; how it impacts the beauty of the environment, its importance during the time and place of origin, how relevant it is to the existing community and its culture, but too about the effect it has on the viewers. An architectural style can gain value if it contributes to bringing in a social change and has made effective use of the resources. These values, in turn, dictate an architect’s design. Various kinds of architectural genres have prevailed throughout history and the world. The following are examples of popular architectural styles:

Victorian architecture comprised of heavily ornamented buildings. Patterns and moldings, non-traditional shapes, and details were put together to produce visually overwhelming designs. What was prominent was the variation in the sizes of windows on each story. Windows used to be curved from above, breaking away from the usual structure. Arches were often observed. Stained glass was an important feature of the Victorian theme.

Due to the industrial revolution, transportation was made easier; therefore, architects were able to incorporate different and new materials into their design. However, the choice varied according to the geographic location of the project.

Relatively steeper roofs were designed. The aim was to encourage a viewer to take a look at the entire building. It was made possible by increasing the complexity of the design; the height of the roof.

This type of architecture gained its popularity by the 7th century because of its mixture of geometric patterns, paired up with bright colors. It soon was seen to flourish among Muslim dominant countries. Even though Islamic architecture is dominantly observed through mosques, historic forts and tombs too, come under the same heading.

Dominant in Europe, often characterized by its large structure, this style was described to be symmetrical but relatively simple. Each building consisted of a strong form; thick walls, sturdy piers, and large towers. Semi-circular arches were often paired up with columns in between.

The building material often varies according to local stone and the adopted building method. Brick and other stones such as granite, flint, and limestone, if available, would be extensively used. Irregular and small pieces would be bedded in thick mortar and then be used.

Light and shadows were important elements of Baroque architecture. Building features were altered to enhance them. Baroque architecture was considered to be the architecture for the wealthy. It was often associated with the Catholic Church; signifying its wealth and power. However, it soon flourished throughout Europe and then later, across the globe; though the style adapted by each country was different.

While geometric forms were popular during the Renaissance period, there was a definite change during the Baroque era.

The baroque architecture consists of curved buildings; concave and convex forms which helped create a sense of movement.

Elongated details put together with columns running across the elevation, Shapes, and designs had been broken down and distorted to make them stand out more. Repetition is quite dominant.

While a neutral tone had been maintained on the exterior, the interior consisted of bright colors. Ceilings were generally painted to make it seem as if the viewer was looking at a place beyond the sky when they looked up. The façade comprised of rich surface treatments while the interior too included stucco, marble and even thin sheets of gold.

During the Tudor era, houses were often built with timber. Wooden frames were made and the spaces in between were filled by small sticks, wattle, and daub. Timbered work was considered to be lavish. Houses consisted of large rectangular windows, complex roofs, chimneys and brickwork. Windows were often grouped to form a rectangular pattern. The roofs used to be steep and were cladded with slate. The interior too consisted of wooden paneled walls and decorated ceilings.

This style consisted of many elements prominent during the renaissance period. Cut stone, arched openings, metal work, and decorated windows were observed during that period.

While some embellishments were for aesthetic reasons, others existed as a means for protection; thick masonry walls, smalls roofs over the door along with projecting windows.

The neoclassical style provided an uncluttered appearance. Clean lines among massive buildings, supported by standing columns projected simplicity. Decorations were of a bare minimum on the outside. Neo-Classical architecture did not comprise of domes or towers, instead, the roofs were flat and long.

The façade consisted of a long row of columns. While asymmetrical balance existed in the exterior, the floor plan of the structure too followed a geometrical pattern.

The style of Neoclassicism revolves around the usage of straight lines and minimal use of color. It heavily relied on the idea of presenting the purity of a form.

The renaissance is used to describe the revival of art and architecture in Europe. It was the era where the skills of an individual could allow him to change the culture. Similar to Neoclassical architecture, renaissance buildings adopted a symmetrical pattern for their facades. The design was symmetrical along its vertical axis, with windows progressing towards the center. However, there was excessive use of columns and multiple windows but arranged in a way that created balance. Arches and domes were incorporated as well.

Renaissance was the period of enlightenment. This is very much reflected in their architecture as a sense of light and clarity was observed.

This style of architecture prevailed across Europe. Height and intricate details played an important role. Even though this style originated in France, this style had often been adopted for churches and cathedrals. Arches had been exaggerated, vaulted ceilings and large windows were put together to demonstrate the Gothic style.

This type of architecture included thin but long walls, supported with buttresses. The stone structures enabled the architects to construct tall buildings; aiming to reach heaven.

Pointing arches not only signified the goal to reach the sky and heaven but for decoration purposes as well. It too was able to support great weight; making it possible to have thin walls with wider window openings, such as windows, doors, and galleries.

A style that was focused more on functionality than form. It greatly relied on the efficient use of local materials; rejecting the precedence set in the past. This style greatly ignored ornamentation and decoration.

Architects defined spaces with walls, doors, and hallways, ensuring to create an open space with a great inflow of light. Resulting in a more casual and relaxing space.

While the breakdown of walls helped create a more breathable space, glass and windows worked to enhance ventilation and bring in generous amounts of natural light.

Since it was more about creating a structure that would enhance one’s lifestyle, simple rectangular forms were designed. The structure itself was intended to complement its surroundings well. Natural materials were showcased in their true pure form; exposed concrete blocks, brick, and stone.