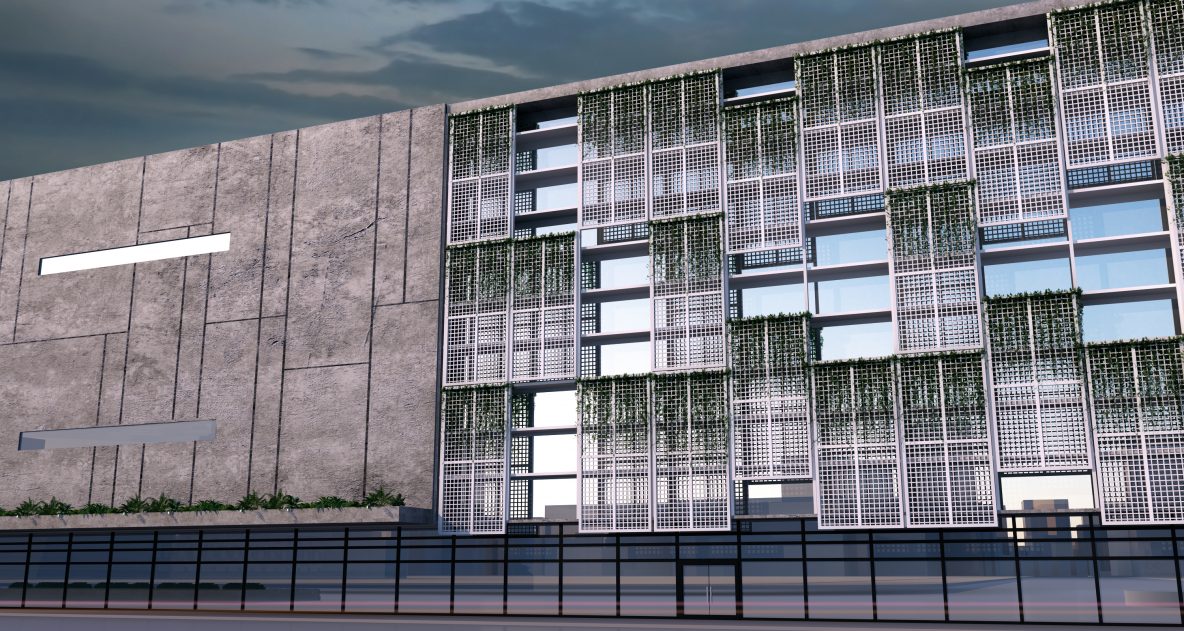 Cladding is a facing material that is either fixed directly to the wall (as in stone cladding) or nailed on to timber battens (as in feather edge or shiplap boarding). Its purpose is to protect the wall beneath and add to the aesthetic appeal of the building. What’s more, well designed, properly installed and high quality cladding can help to maximise thermal performance.

Traditional housebuilding techniques in this country were based around using local materials and often reflected the countryside in which they were built:

In stone belts, walls were built out of the stone found in nearby quarries. In forested areas, timber was used. Brick factories supplied walls in the clay areas. Various mortars and renders were applied to homes built near the sea, often using pebbles found on the beach. Many traditional walls are visually stunning in themselves, especially when the local building material is an attractive stone or broad oak beams. However, during the 20th century, the standard wall-building practice changed from one using solid walls to a cavity design that divided the wall into inner and outer walls, often referred to as leaves or skins.

Here the loadbearing work is done by the inner leaf, the weatherproofing by the outer leaf and the heat retention is achieved by adding insulation at some point between the two leaves. As the load-bearing duties have been placed on the inner skin, the outer wall no longer has to sit on the ground and can instead be hung off the inner skin. This has the advantage that it can be made of much thinner sections, because it doesn’t have to be self-supporting. All it has to do is to keep the weather out — this is what cladding does.

Do I Need Planning Permission to Change Cladding?

Cladding changes may fall under Permitted Development, which allows householders to improve and extend their properties without seeking specific planning approval.

However, cladding is not permitted under Permitted Development on any house on specially protected types of land, for example:

How Much Does Cladding Cost?

Cladding costs vary considerably across different options. Stone is often required in the stone-belt areas such as the Cotswolds, and is likely to be the most expensive option. Brick is by far the most common option, and likely to be the cheapest, followed by reclaimed blockwork and tile hanging.

In the 20th century, timber cladding was conventionally stained black or brown, reflecting the increasing number of barn conversions appearing at the time. The 21st century has seen the fashion swing towards using unstained timber, mainly cedar and spruce, sometimes oak, which can last for many decades without any surface coating and that are designed to weather attractively over time.

Cedar panelling, in particular, has become a signature feature on all manner of housing developments designed to suggest (not always accurately) a project’s sustainability credentials. It has become so familiar that designers have started looking at more unusual options.

The current upscale fashion is to use charred timber, a practice that has been around for hundreds of years in Japan. It involves running a blowtorch across the surface of the timber boarding to blacken it, but not to burn it. Its alternative name is Shou Sugi Ban. The resulting look is a very attractive, shiny black finish with lots of visual interest.

Brick is often laid as a self-supporting, ground-bearing skin. However, there is an increasing use of brick skins or slips, hung off a metal base that is fixed to an inner wall. Although they are quick to lay, brick slips are an expensive option when compared to conventional brickwork. So they are usually specified where wall thickness or load is an issue, rather than as an element of good design.

A rainscreen is a term often used in commercial building design: it usually applies to an integrated system, complete with a concealed steel framework on which the external material is fixed. Rainscreens (also known as curtain walling) are usually made of metal, glass or are a modern take on traditional materials.

Terracotta rainscreens are another 21st-century fashion, common on apartment blocks, less so on individual homes. The technique is in many ways similar to a much older style — wall-hung tiles, which is still widely used in the south of England, especially in Kent and Sussex. But the aesthetic is totally different: a terracotta rainscreen is all about clean lines, precise joints and even surfaces.

Unlike timber and terracotta, which have long been used in housing, metal-clad walls are a clear break from the past. Aluminium, zinc, stainless steel, Corten (pre-weathered steel) and copper are all available as rainscreens and there are now many businesses catering for these new trends. Having said that, metal façades are still fairly unusual in the world of self build.

You won’t find them in stock at your local builders’ merchant and you would be well advised to find an architect who has used them extensively to help with the design issues posed by using a metal rainscreen finish.

Glass is normally framed in windows or doors, but advances in technology means that glass may now be used as a walling or roofing material in its own right, without the need for frames.

However, glass can also be used as a rainscreen, creating some visually stunning effects by etching the glass, or making it translucent so that it provides privacy while admitting light. The surface is usually reflective so that it can also act as a mirror, which can add unexpected interest to the façade, changing with the external light conditions.

Today there are many render options: as well as the standard cement renders there has been fresh interest in lime and clay plasters, as well as the latest ‘monochouche’ renders. (French for ‘single layer’ or ‘bed’).

Monocouche renders use white cement and are pre-coloured, so that what you are applying is as much a decorative finish as a weatherproofing layer. As they can be applied in one coat (typically around 15mm thick) they are much less labour intensive than traditional renders.

A monocouche render is supplied in bag form ready for mixing with water; it is then either applied by hand trowel or sprayed on.

This typically involves a a heavyweight cladding on the ground floor and a lightweight one above. It’s usually done for visual appeal, but it needs to be executed with care because the junction between the two claddings can cause waterproofing and airtightness problems. It’s also more costly, because it involves overlapping trades and issues with access and scaffolding.

Other cladding options include types of concrete cladding, including: