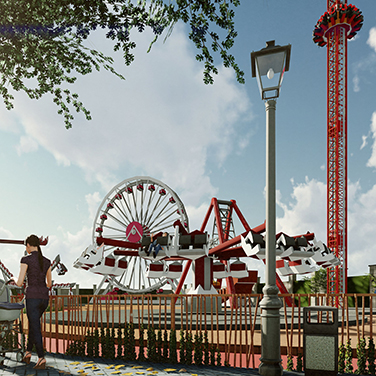 The census conducted in 2017 states that Nawabshah has a population of around 280,000 people. It lies roughly near the center of Sindh and serves as a significant train and road transport hub for the province. From providing archaeological excavation sites to having fertile soil fit for agriculture, Nawabshah has been well playing its geographic and economic role. Despite such contributions, we see that the city lacks entertainment for its people at an urban level. There are hardly any spaces, besides monuments, where families can gather and spend their leisure time productively.

With the primary motive of serving the citizens of Nawabshah, this project aims to create an ensemble of social interaction, entertainment, and commercial programs. For Landscape PLC, this theme park is not just another opportunity to explore new paradigms of architectural design, planning, and landscaping; it is about elevating the company’s vision of thinking green, radically interpreting urban development and uplifting lifestyle. 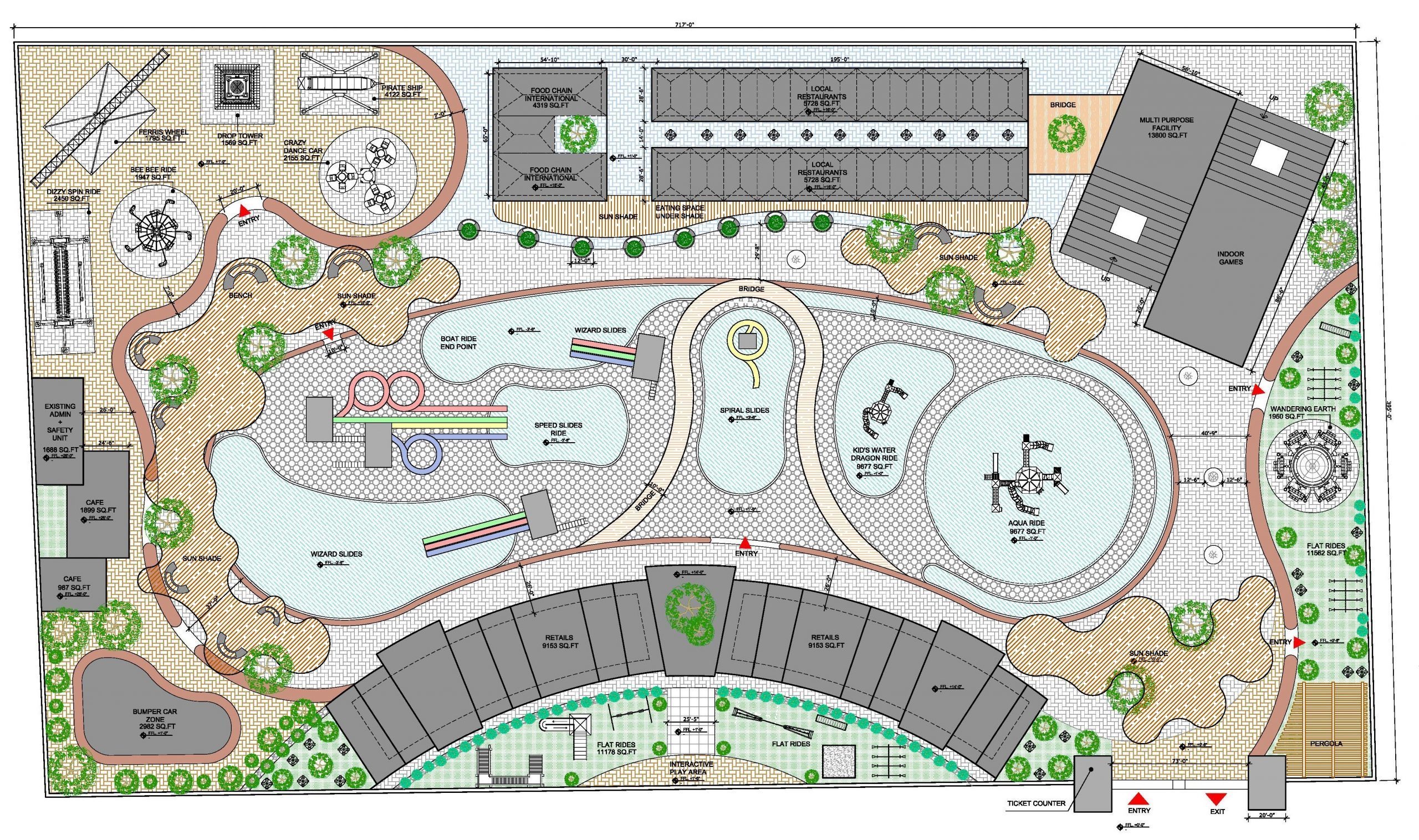 Upon considering the plan we observe that the quadrilateral land consists of a bean-shaped like core for water rides. Enclosing this aquatic region, that forms the innermost part of the surface, is dry landscaping reserved for sun-shades, walk-throughs, and well-planned patches of outdoor seating. This track is further encircled by the commercial sector, multi-purpose facility, land amusement rides, and an existing admin block.

With two entrances, the aquatic region comprises of six water rides and a boat riding facility running along the extremity of more than half of the area. Arising from the depression of the boundary, and forming a u-turn is a wooden bridge that gives a central panoramic view of the entire theme park. Two wizard slides, a speed slide, spiral slide, water dragon kids’ ride, and aqua ride have been selectively chosen and planned for this water amusement section.

The outer belt is where food and shopping are brought into picture alongside the fundamental carnival rides which include the dizzy spin ride, Ferris wheel, drop tower, bee bee ride, crazy dance car, pirate ship, and wandering earth. Here a series of retails, well-known food chains, local restaurants, basic flat rides, an indoor gaming area, and bumper car zone have been made part of the fun-filled experience. Since, entertainment roots from art and it is the essence of human joy and consolation, we have added a multi-purpose arena to the plan. This arena will be treated as a cinema; with its massing tilted, it can alternatively be considered as an amphitheater.

To enhance the interconnectivity of all areas, and to devise a relationship among volumes of delight a lot of forms can be seen overlapping and communicating with each other. These devices not only create unison but also give rise to pathways that funnel movement all across the complex of public amenities.